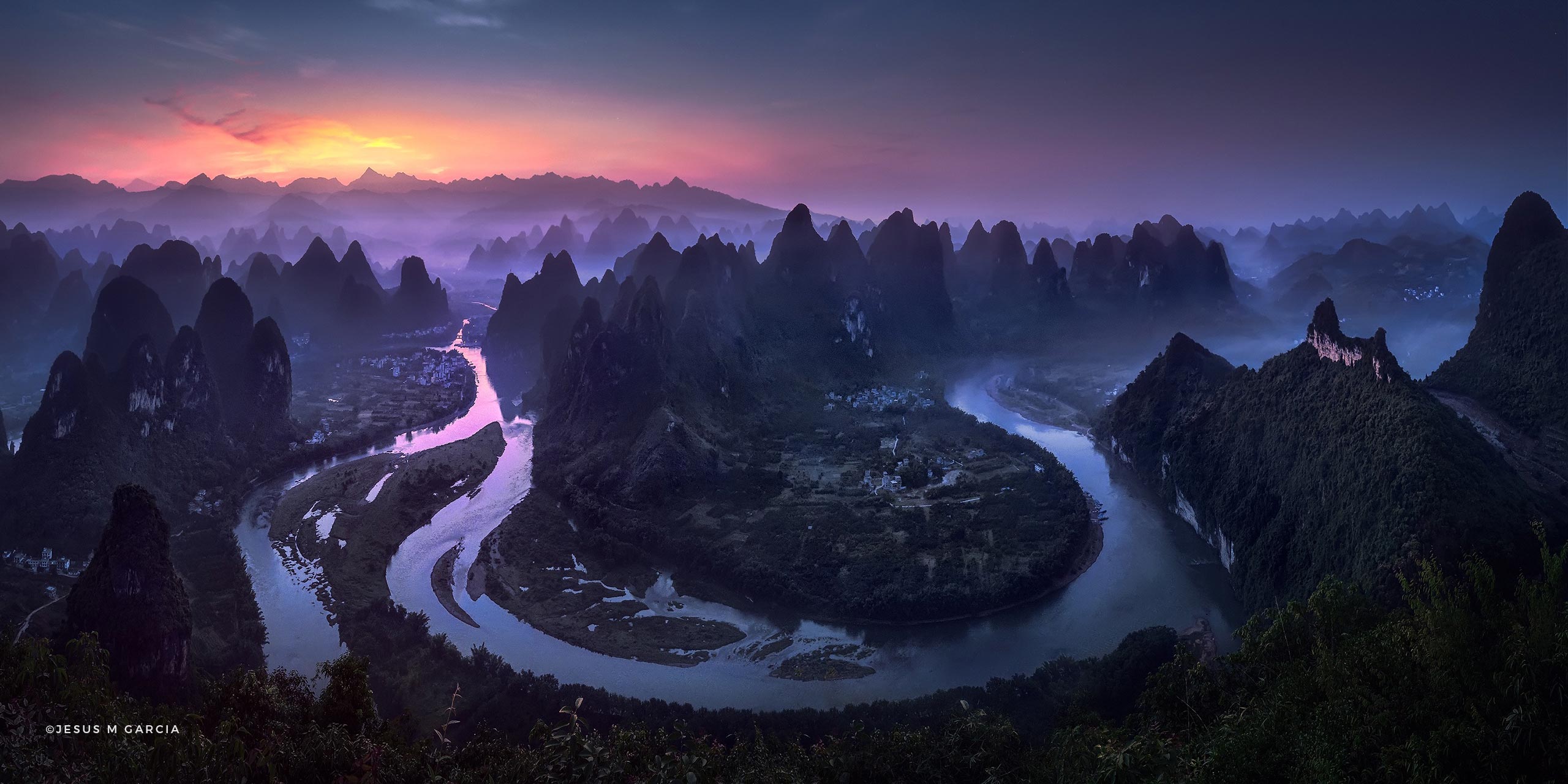 This photo was taken in China. We get up early about 3am for climbing at the top of the mountain, between trees and vegetation. After 1 hour of climbing and carry all the photographic gear we arrived at the top of the mountain. This image is the result of 7 vertical stitched images. Nowadays when i see this photo, I remember a great effort to get this picture, but i remember too…one of the most beautiful sunrises of my life.

During several years i have been travel to Toledo City (I live around 20 minutes) to take photo that I dreamt of. Many years, many trips to Toledo City, and when i arrived to Toledo, foggy was hard, light or high…back to home, again. Last year at last I got what I was looking for…foggy was perfect, when I was shooting, my head telling me. YES!! This time YOU DID IT!!!

During our trip to China, I saw several locations, that I was to discover for. This location is called Whuzi Hill or “Cuiping Mountains” called for natives, and it’s one of the most beautiful place, that I have never visited before. We visit this place on sunset. This picture it’s results of 6 vertical stitched images. When I took this picture, my eyes was viewing something similar at “creation of the world”. It were in “right place at right moment.” 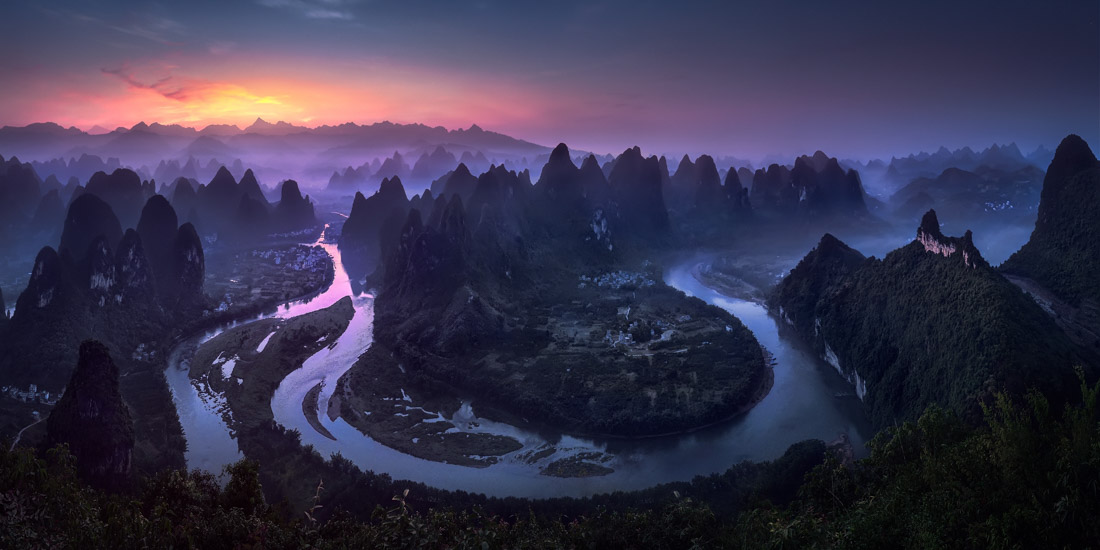 These minimalist huts sit on a secluded section of the Essex coastline here in the UK. Each hut sold for £25000 a few years ago and provide (on a clear day) panoramic views over a beautiful estuary. At high tide they sit just 8 inches above the surface, creating your very own private island.
Fuji X-T1, 16-55mm lens, 100 second exposure using a 6stop filter.

These pillars were used for a small railway to carry stone and equipment to the distant breakwater when major repairs were being carried out in the 1960s. The pillars have never been removed because of concerns that it could alter the way sea flows into the harbour.
Fuji X-T1, 16-55mm lens, 340 second exposure using a 10stop filter.

This unique breakwater can be found hidden at the end of a harbour located in St Monans a small village in the East Neuk of Fife. The unusual shape makes it a wonderful photographic subject in all sorts of conditions. Locally, it’s traditional name is just simply ‘The Blocks’, but to me it looks like something else entirely.
Fuji X-T1, 16-55mm lens, 2.5 second exposure. 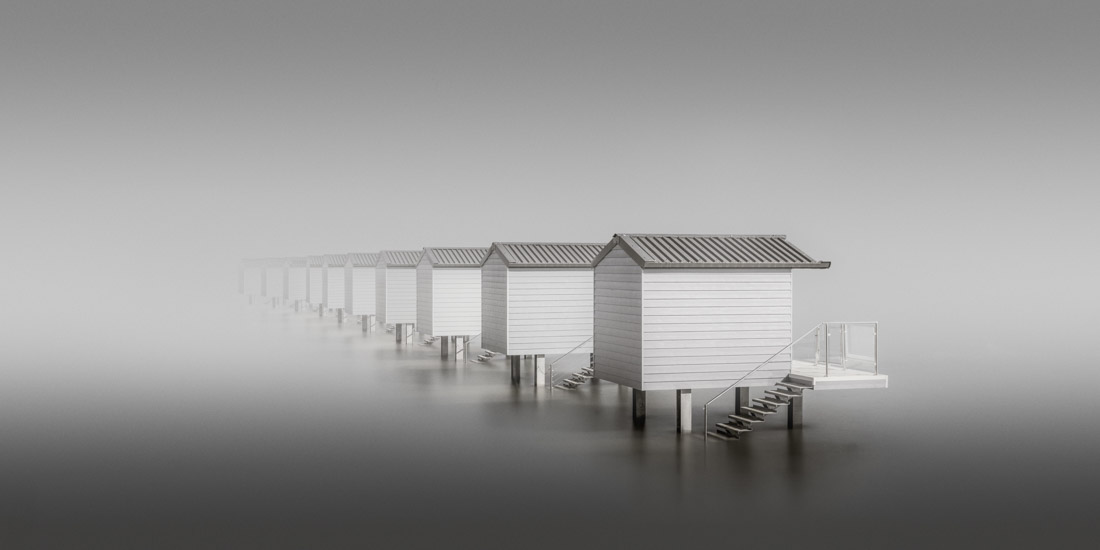 Split with the Sharks, Gardens of the Queen, Cuba

I am in photography for a very long time. The era of digital cameras made it very popular. Everyday a couple of hours before sunrise the most famous part of our planet gather tens and even hundreds of people with cameras that try to take the best position for the shot. Hundreds of photographers that have been here before have left holes in the ground from their tripods.

I didn’t want to be in a thick crowd of my fellow photo-colleagues, so I decided to shoot panoramas from the air. But a couple of years later the same situation happened above – a crowd of helicopters of different forms and sizes with cameras attached to them appeared in the sky.

That was the time I decided to go underwater – there is still much space for everybody. Especially for underwater panoramic photographers, which are very scarce these days.

I am very happy that the jury highly estimated my works – it was a really complicated photo experience that required all of my knowledge and skills. And, of course, some sharks and luck. 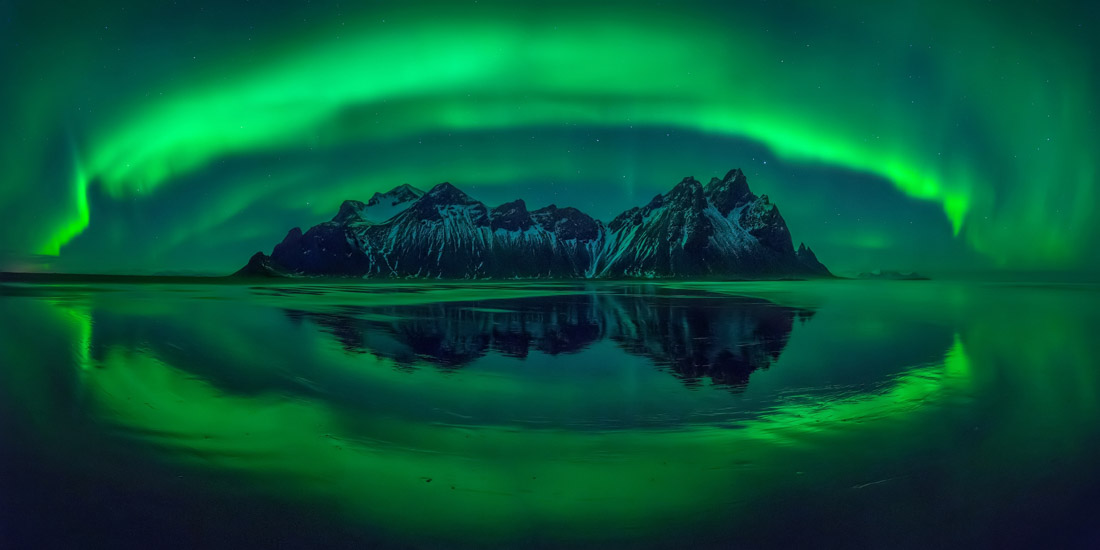 The relationship between you and nature can be very close and intimate. If you listen to her, she will be grateful. Then you can feel this strong relationship. But first you have to be ready to meet the different requirements of nature. You must be able to survive in difficult weather and field conditions. To make this shot I was circulating around Stokksnes a few cloudy and frosty days, waiting for the perfect weather.  If you want a lot of something, you have to keep hope and wait steadfastly.  You have to devote your time and comfort – just like with a loved one, important person. This time the result exceeded my expectations. It was probably the most beautiful night in my life, as if nature began to wink at me and speak to me by name. I hope that she is also talking to you. 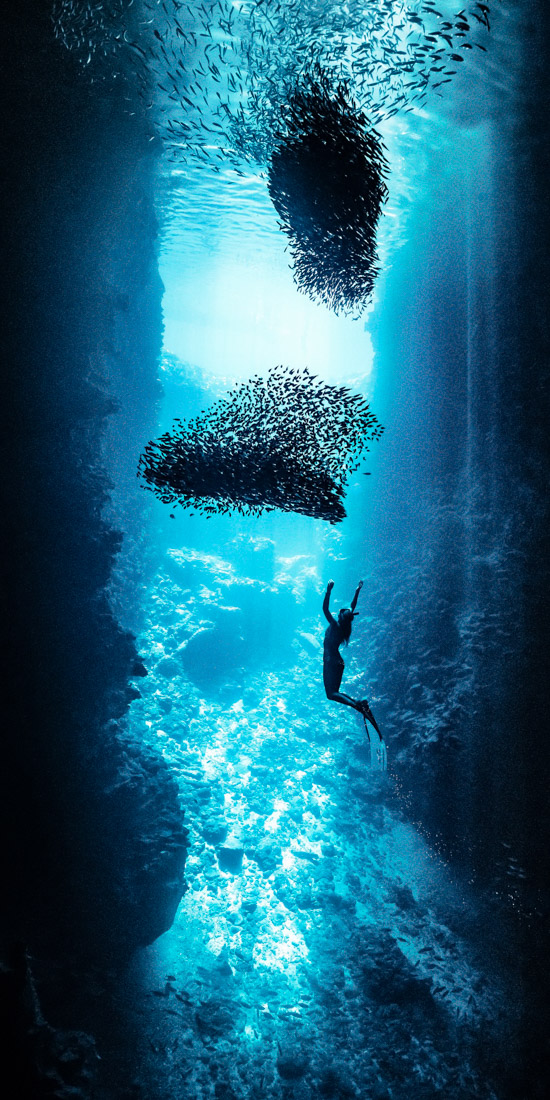 I like to share with you where I find freedom, a place of hope and beauty. This is a cave I was taken to named swallows cave in the south pacific of Tonga. Its very tall and about 14 m deep. I have been visiting this place three years in a row and longing overtime to be in there again.

Swallow birds,hence its name, flying around and making birdy sounds, then when you swim in you enter a darkness first it echoes in there, its magical. Then you made it to the end of that cave which is like the inside of being in an egg so its sort of oval in there like a cocoon and you feel safe. You turn to look to the entrance of that cave half where the birds flying in and out and half underwater. You can see the ground of it as on this picture and you see blue in such a beautiful way as I tried to capture for you.

I was lucky that day, filled with hundreds of fish each the length of my hand swimming in circles in there. Its so beautiful and I wish I could take you there to feel what I felt. It is such a place of nature I just need to share with the world, its importance to show how humans and marine life can share if in balance. 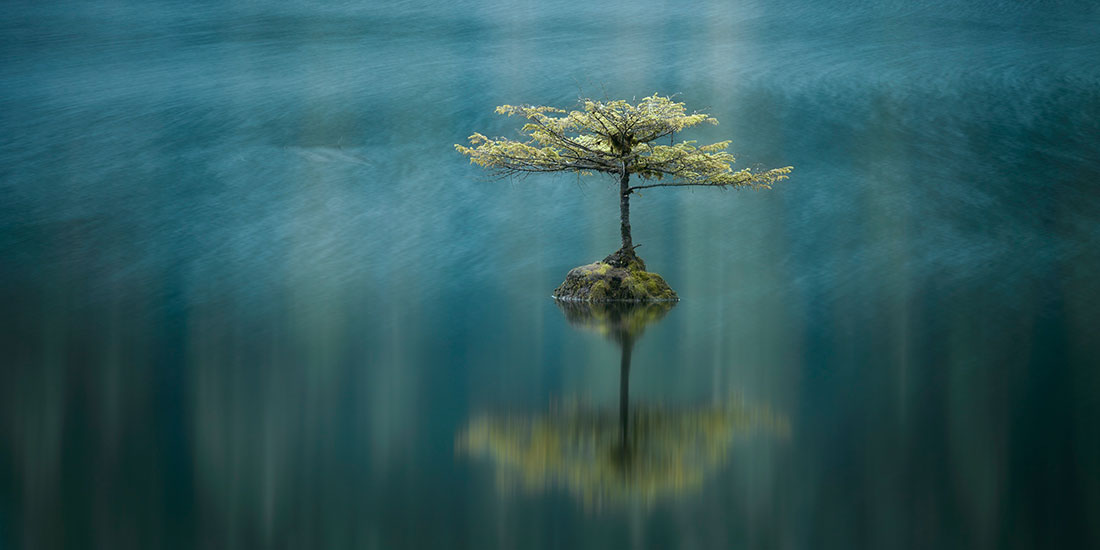 The Fairy Lake fir is like an old friend. Each time I drive out to Port Renfrew I always make a point of stopping at Fairy Lake to check in to see if my old friend is still hanging in there.

The first time that I discovered this little Douglas fir was on my first photography trip to the southwest coast of Vancouver Island in 2009. At first, I couldn’t see how a tree could survive in the middle of a lake. After some scrutiny, I realised that the fir had taken root on a massive old growth stump that had lodged itself into the bottom of the lake. At first glance, I thought that perhaps the conifer was a small sapling that had only recently taken root. However, it turns out that the Fairy Lake fir is at least thirty years old and known well in the community of Port Renfrew.

Over the years I have taken many images of the Fairy lake bonsai. Each photo is often entirely different, but due to its simplicity, each image carries a similar message. The Fairy lake fir lives on a thread, a tough life that for many portrays its struggle of endurance. Everyone is rooting for this little tree to carry on surviving, at least one more year. With every tide and heavy rain, Fairy Lake ebbs and flows, sometimes almost immersing the tree under water completely. But again and again, the fir emerges defiant from these depths as the ultimate survivor. The wilderness that surrounds Fairy Lake and the wild lands that lie beyond have lost much of their old growth forests. Perhaps in some small way, the Fairy Lake Fir symbolises natures tenacious ability to survive even in the harshest of conditions.

I like to think that perhaps this image portrays hope, survival and the knowledge that even though life does end in a physical sense, it will always endure to those that have been touched by its past existence.

I found this beautiful curve in the dunes, which I could extend with the Milky Way to create one long S-curve. On top of that the Milky Way lines up with the foreground sand curve, making two parallel lines. All this makes one strong and simple composition.

I’ve been fascinated with astronomy my entire life and fusing the Milky Way with a sandy foreground seems obvious to me. It’s fascinating that there’re more stars in the universe than grains of sand on planet Earth! 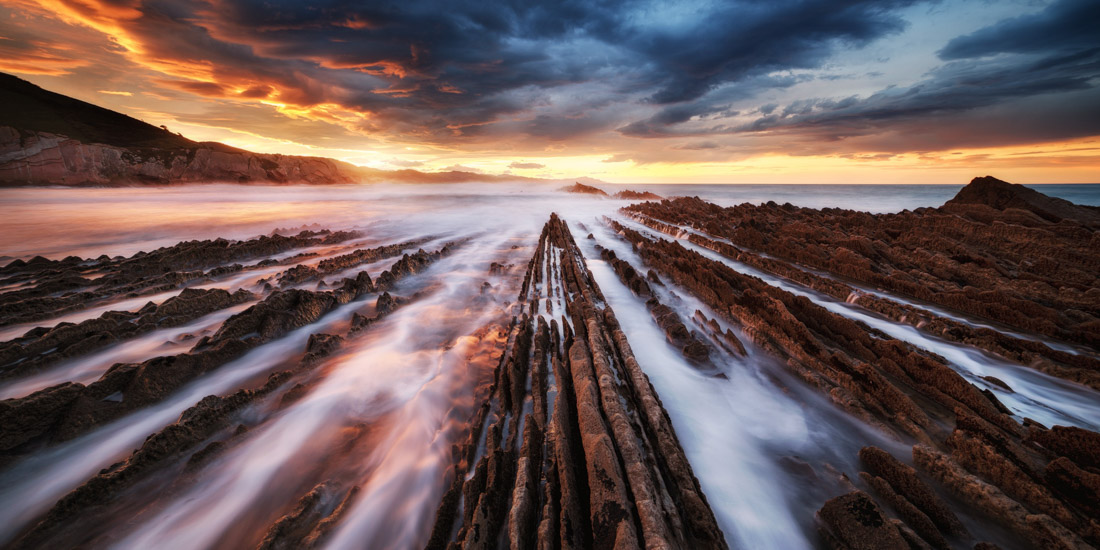 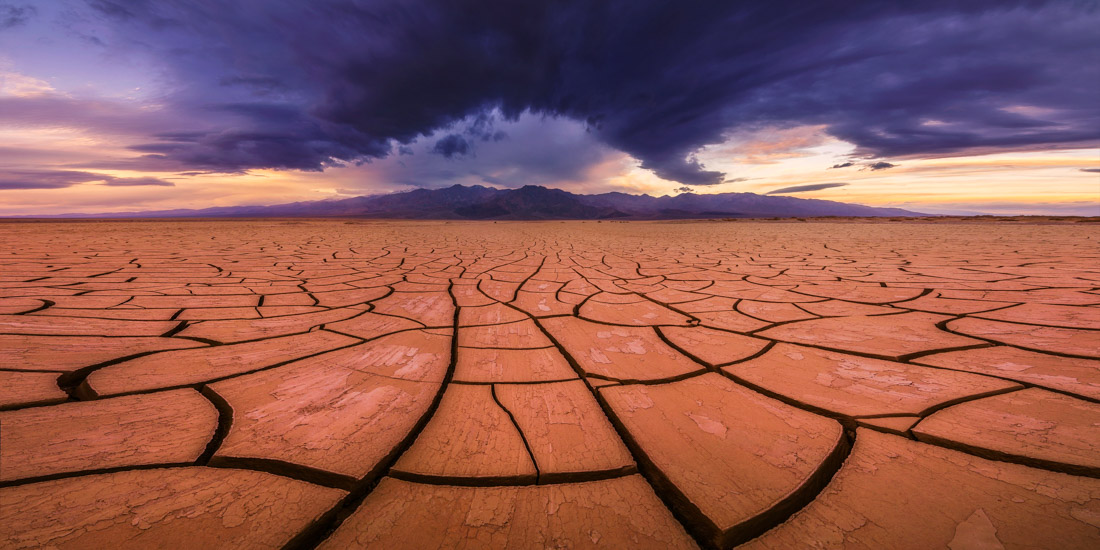 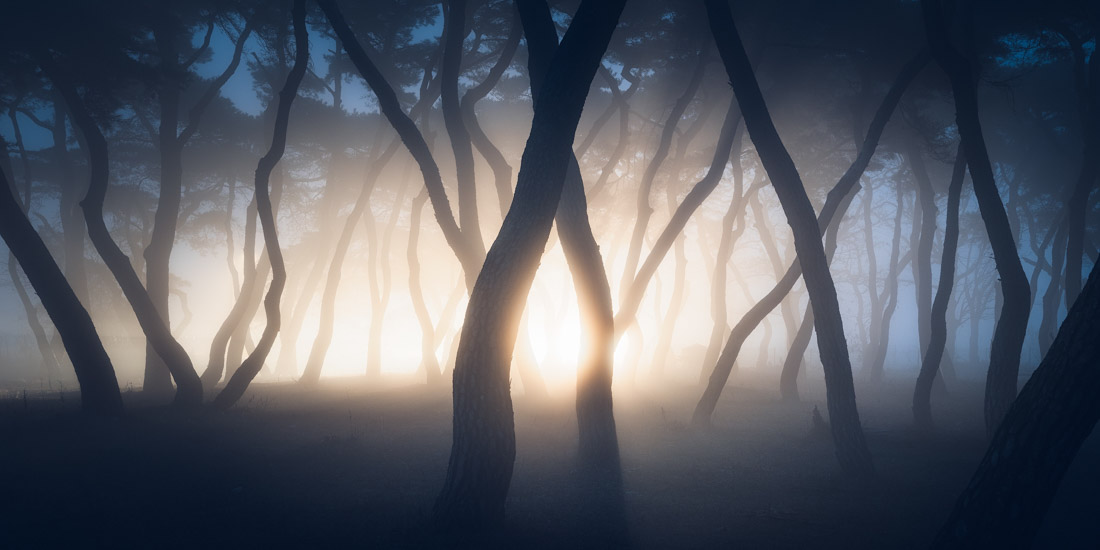 As an American photographer currently living full time in South Korea, part of my drive in photography comes from a desire to capture as much as the hidden beauty that this country has to offer. South Korea certainly doesn’t pop into most people’s minds when they think of landscape photography, but there really is a lot of beauty here, even if capturing it in the right conditions can seem particularly challenging.

This shot is just one example of that beauty. This is actually just one of the country’s smaller pine groves, but on a foggy morning it transforms into quite a dreamy scene. The curve and bending of the trees is natural and a wonderful attribute of the pine trees found in this part of the world, Korea in particular. The light in this photo is a car parked on the edge of the grove and combined with the first hint of pre-sunrise blue hour light made for an eerie and dreamy scene that I couldn’t resist. 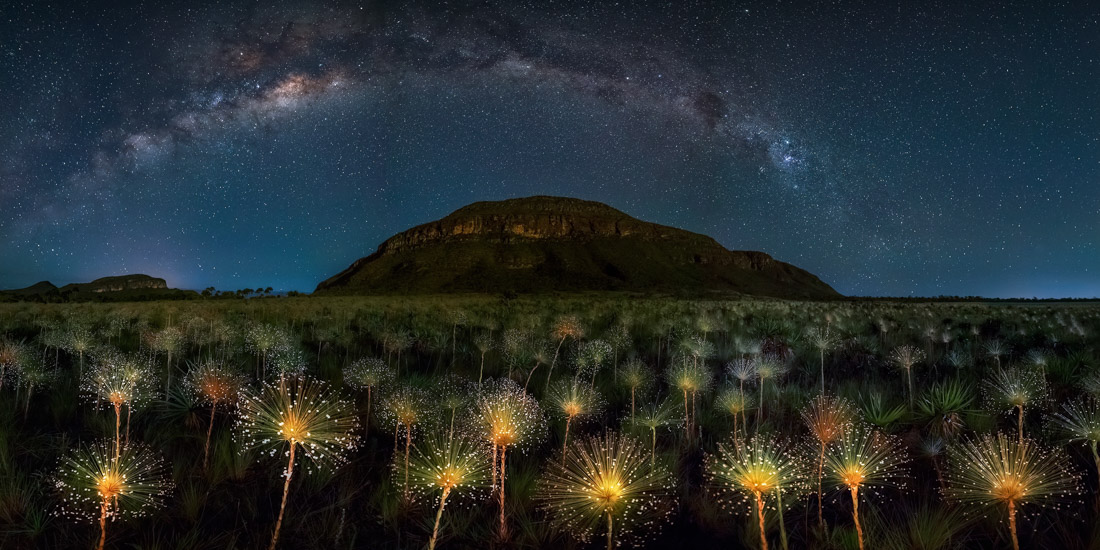 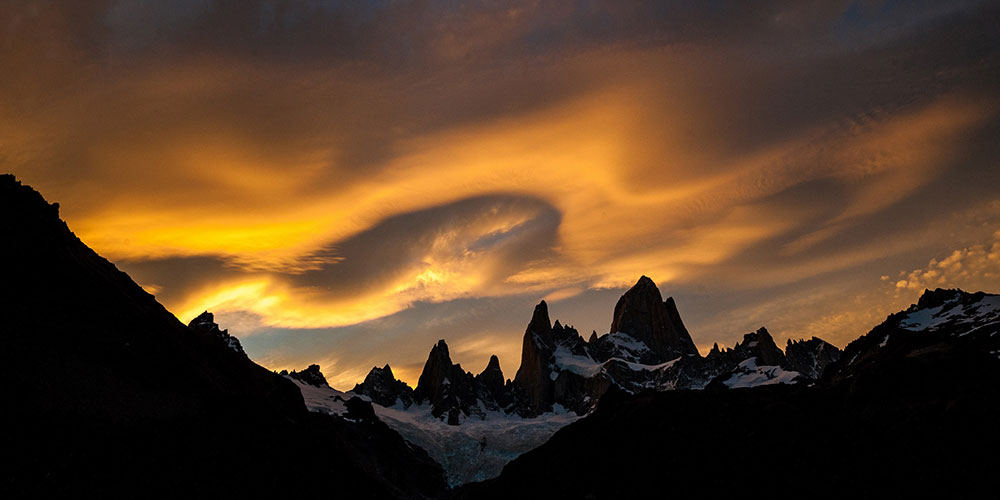 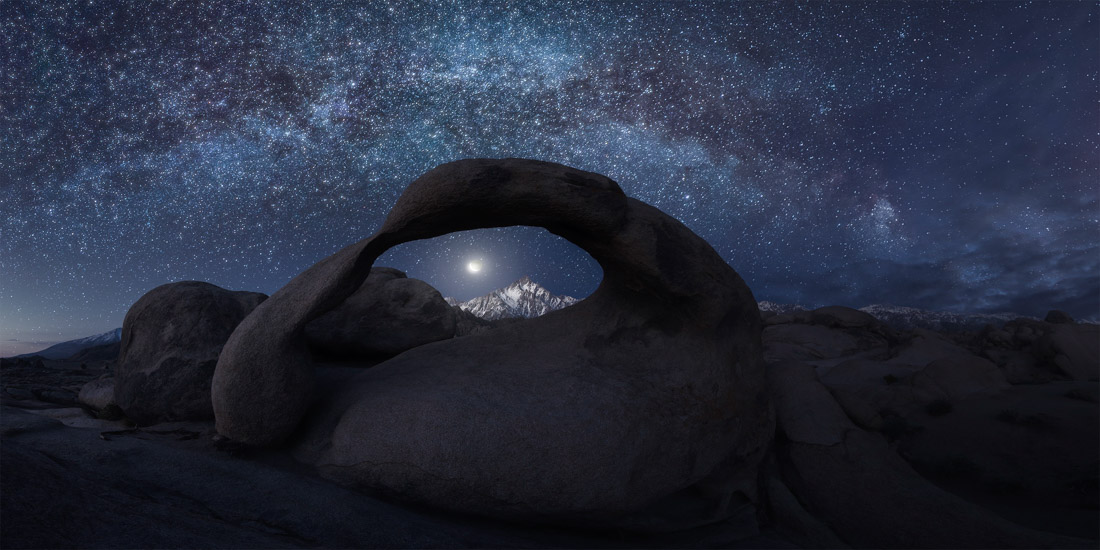