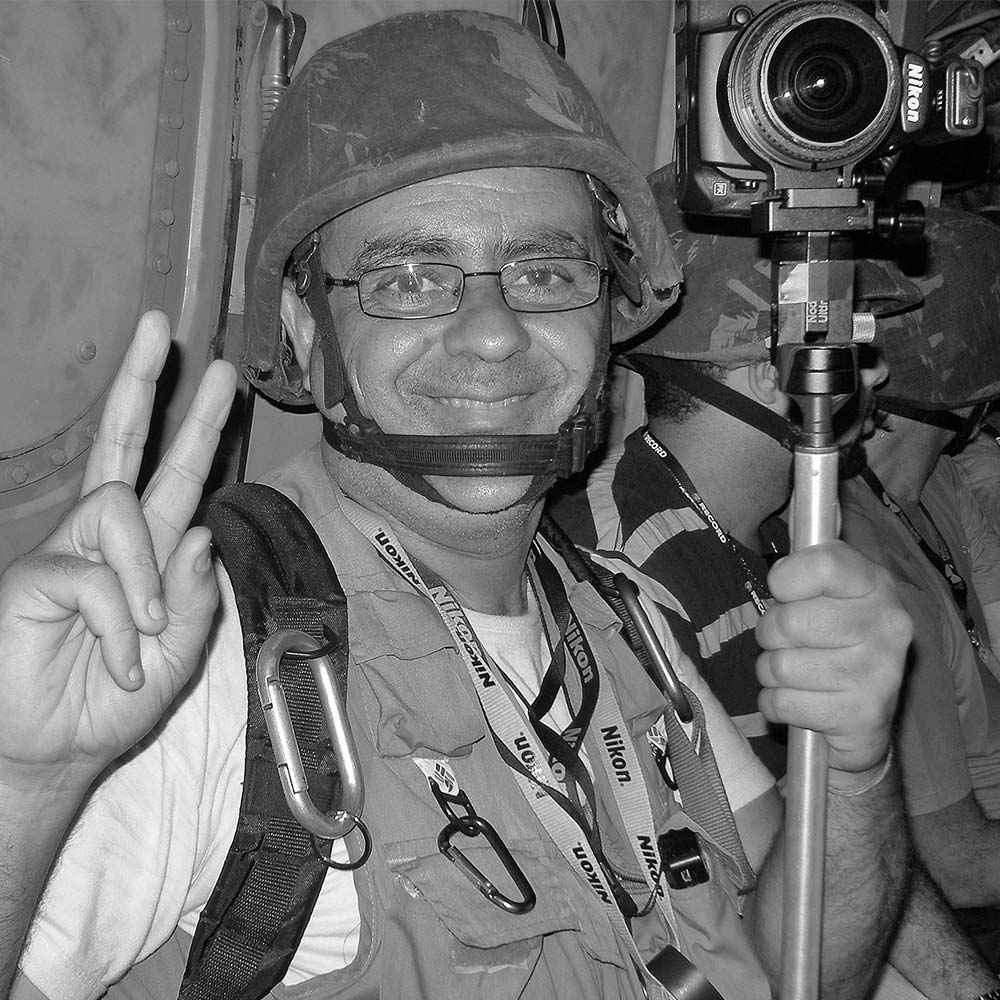 Born in Rio de Janeiro, 1955
Has been working with photography since the 70’s and today he’s considered a generalimagemaker, but being one of the precursors in panoramic photography, probably the pioneer in Brazil, he’s a specialist on 360 imagery.

His first paid job shooting 360 dated November 1997 for one of the biggest advertising agencies in South America (ARTPLAN), and after that one has been living and sustaining his family with 360s, being it stills or videos (began shooting 360 videos in 2011 and professionally in 2012).

All of this gave him the nickname Mr. 360. His slogan since the 80s has been very current until today –

Highlights:
• His work on various expeditions with Jacques-Yves Cousteau for the Cousteau Society
• He was the first panographer to have a panorama published by Master Hans Nyberg
opening a special section on his website panoramas.dk called “PanoJournalism News VR”
• He published the first Panojournalism on an Online Newspaper in 2006 (O Dia Online)
• He shot in 360 panoramas the first Olympic Games at RIO2007
• He was International Director of IVRPA, from 2012 to 2014
• He was hired by FIFA to shoot in 360 at all 12 Stadium Arenas for World Cup FIFA2014
• Being a Nodal Ninja ambassador since 2011 until today
• Being a NPS ambassador to NIKON Brazil from 2011 to 2016
• Hired by Getty Images UK to shoot fulltime in 360 all the Olympic Games at RIO2016
• He was Judge for the Kolor Panobook 2016
• Director for advertising photographer’s association in Brazil, ABRAFOTO during 4 years.
• Was the first photographer in Latin America, 1982, to use the technique of Light
Painting, (according to data of the North American Aaron Jones, precursor of LP).
• FOTOTECH (general photographers association) National Communication Director for
2 years, then Regional Director in Rio de Janeiro, for 4 years.