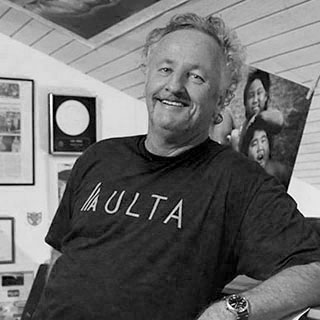 Sean Davey first picked up a Kodak 126 Instamatic camera after school one afternoon in late October of 1977, to photograph a tiny perfect wave at his home beach Little did he know at the time that it would develop (pardon the pun) into a lifelong obsession that would take Sean many, many places, in pursuit of his chosen craft of photography. As a child, he was attracted to the photography of Aussie icon; Max Dupain and the influence often shows in Sean’s photography.

Fast forward some 30 years and Sean is now a veteran of the surf scene. Widely published in several countries, a career that has spawned more than a 140 magazine covers along the way. An amicable character, Sean is well liked by his peers and widley respected as a creator of innovative, ocean inspired imagery. Style is a large factor in Sean’s work and often is what sets it apart from other shooters. Sean spends much of the Hawaiian summer, photographing turtles, dolphins and fish, along with whatever else happens along the way. Ocean photography has always been a dominant part of Sean’s work It’s part recreation, part work, he says, but always satisfying to do.

Sean is an Epson Ambassador.